It was 1966 in the boroughs of Queens, New York. Ortner “Von” Murray had just immigrated from Trinidad and Tobago to provide a better life for himself and his family. His dream was to pursue a career in business.

Almost 55 years later, his grandson Tahir H. Murray is following that same dream and has created an apparel line dedicated to the historically Black college and university (HBCU) experience.

Murray is a 22-year-old senior at Howard University who went from studying his father’s and grandfather’s apparel business to watching NBA All-Star Chris Paul wear his own creative designs to working with Nike, all before he graduates this spring with a bachelor’s degree in marketing.

A love of apparel is in Murray’s genes. His grandfather opened a shoe repair store with his brother and worked as a cobbler repairing women’s shoes and dress shoes. This store then became a sneaker store when Murray’s grandfather went into business with his son Gregory, Murray’s father. The franchise became a second home for Murray, who recalled going to the family business every day after school, growing up in Queens.

“From a very young age, I just learned the passion, drive and excitement from my grandfather and from my dad about the business, but also just for the community of Queens, New York, where the store was located,” said Murray.

Murray’s family later launched an apparel brand called School House Knock, a continuation of the sneaker store started by his father and grandfather in 1987. The excitement of being around the family business sparked Murray’s interest in becoming a third-generation entrepreneur.

Later, after Murray’s family moved to Atlanta, his father began the Tradition Ever Since apparel brand in 2012. At age 12, Murray got his first taste of HBCU culture while attending homecomings, step shows, trade shows and fashion shows with his father. The experience further solidified his desire to blend a love of fashion and HBCUs.

“He never pushed the business onto me, but it was, like, I was just going to work with my dad,” Murray said. “I just grew up passionate for what he was doing in the industry that he was in and absorbed almost all of the information.”

As Murray watched his father connect with vendors at those fashion shows, he was able to make his own connections with those in the business, realizing later he had his first taste of networking.

As Murray got older, he began promoting his father’s brand on social media and started to market the concept of HBCU fashion and lifestyle. The worlds came together just as Murray arrived at Howard.

Murray saw an opportunity on campus and began selling his idea of HBCU apparel, wearing some of the Tradition Ever Since hats on campus.

“I had a bunch of my dad’s hats that I was wearing. People would see it, but people didn’t know that was what I was a part of or my dad’s business,” Murray said. “When I told my dad that I was ready to get things going with the business and helping out anyway when I could, I started doing photo shoots on campus. When I started doing photo shoots, that’s when I was able to network with videographers, photographers, models, which all there is an abundance of those at Howard.”

The brand continued to gain traction, but Gregory Murray decided to retire in 2019. Murray wanted to continue the work that his father did in the college market, but elevate it with his own brand. The summer before his junior year at Howard, he created LHP: Legacy History Pride. He chose the name to honor his third-generation entrepreneurial roots and to pay homage to all of the work that his grandfather and family had done, especially in the HBCU community.

LHP is not only about HBCUs but also includes a line inspired by Greek-letter organizations. The HBCU designs, which are created by Murray, soon were being seen nationally.

Paul’s team contacted Murray when looking for HBCU gear for Paul to wear during the 2020 NBA playoffs. Several members of Paul’s family attended HBCUs, including his parents, who attended Winston-Salem State. Because of this, he has always been a strong advocate and supporter of HBCUs. 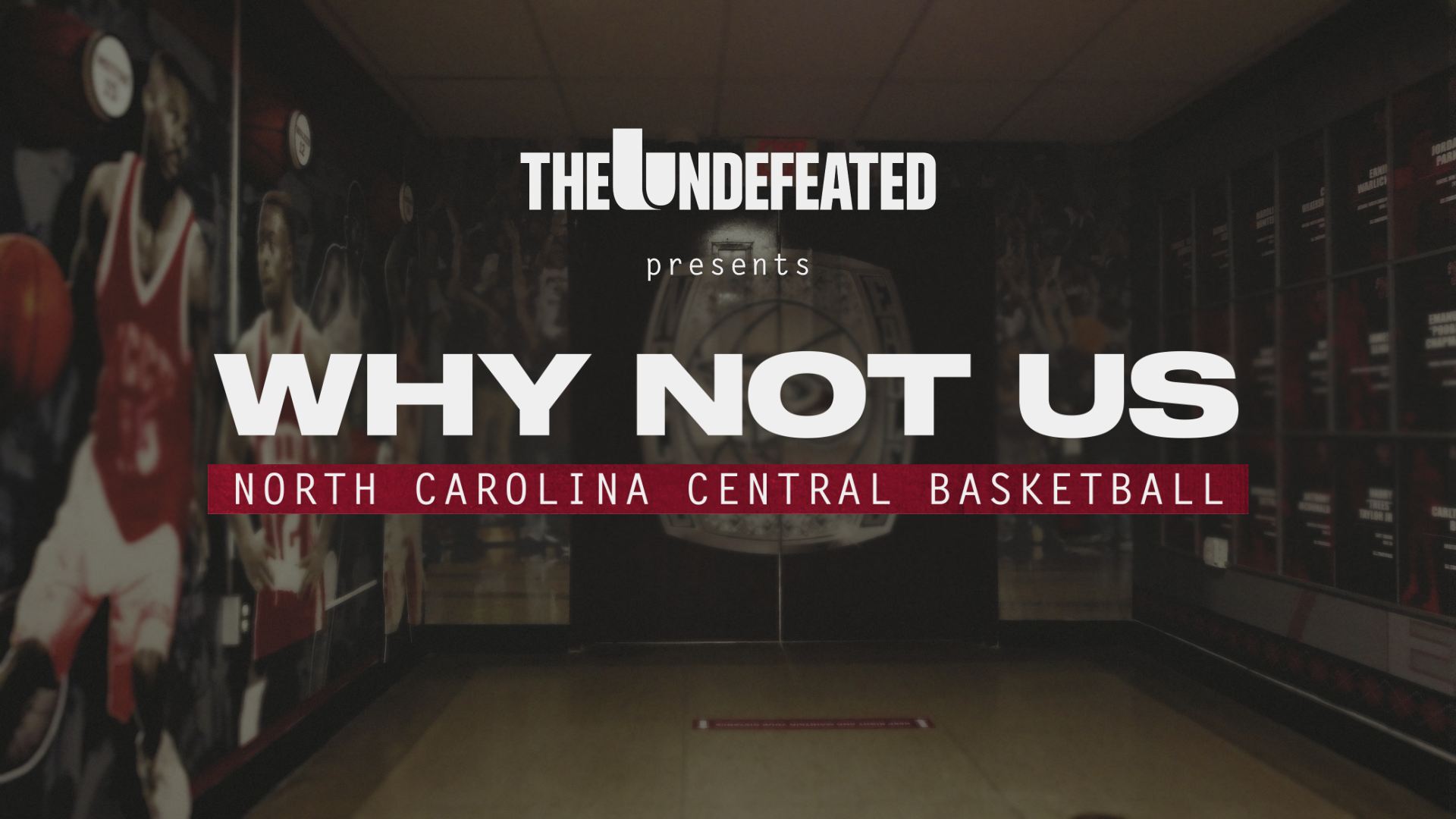 Why Not Us: Chris Paul’s pride, appreciation and love for HBCUs are on full display Read now

Murray’s design of “Spelhouse” was one of the many HBCU-inspired pieces worn by Paul as the playoffs began in the NBA bubble due to the pandemic. Before Game 7 of the first round of the playoffs, Paul walked through the tunnel wearing “SPELHOUSE” displayed on both the long-sleeved sweatshirt and gray shorts. “Spelhouse” is a common phrase used by students and alumni of Spelman and Morehouse colleges to describe the connection that the two HBCUs have.

“We decided to use the tunnel as the opportunity to not only support Black designers, small businesses and underrepresented designers, but to also highlight and amplify the voices of historically Black colleges and universities,” said Paul’s stylist Courtney Dion Mays. “We really wanted to use fashion as a platform to speak as the concept, and to give life and breath to the conversation that has not really been had.”

Mays said they spent a lot of time reaching out to Black designers searching for the perfect outfit that Paul would wear in the tunnel. As Paul’s stylist for more than a decade, when she came across Murray’s brand, she knew it would be the perfect fit for Paul.

Knowing Paul would be wearing work Murray created sent him on a social media binge to find photos.

“When I tell you I was on their Instagram like every single day, looking at their story trying to see what Chris was wearing for every game. It was so real,” Murray said. “The first fit that he wore was the Howard jacket and the shorts. I saw that and I said, ‘Wow, this was insane.’ Just to know that LHP was in the NBA bubble in Orlando, it was just mind-blowing. It meant so much to me, and it meant so much to the Howard community, HBCU community.”

Murray’s work was also recognized by Nike and was featured among several other creatives from HBCUs. Nike Inc. released this statement about the campaign:

“A group of Nike teammates collaborated to bring #Yardrunners to life to continue elevating the voices and achievements of students and graduates of Historically Black Colleges and Universities (HBCUs). Through #Yardrunners, this Nike team – steered by Nike employees who are also HBCU alumni – contributed to the celebration of the importance of HBCUs to the Black Community and their significance to the advancement of American culture and change.”

Nike’s recognition brought the business full circle. Ortner Murray’s business in the ’90s was the first Black-owned business to have a Nike account in the United States, the family said. Tahir Murray’s opportunity with Nike was a moment his grandfather would not be there to see.

“Oh, man. It was emotional on the side of my father who just passed away [April 2020], unfortunately from coronavirus. We are all a tightknit family,” Gregory Murray said.

The Nike opportunity and the NBA exposure of Murray’s brand brought a lot of joy, but it wasn’t without controversy.

Not long after Paul was spotted wearing “Spelhouse” during the 2020 NBA playoffs, Murray and his team took steps to trademark the term.

“When we saw how much it blew up, we were like, we have to do something to protect and own the rights before big-name companies or people outside of the culture try to take over and make money off of something that was not theirs,” Murray said.

However, when reports of the trademark request hit social media in January, many were not fond of the idea. They said that Murray had no right to trademark a term from a community that he was not a part of.

Murray, however, said that people made assumptions about his reasons for filing the request.

“It was a few people who were putting out rumors and false information about what we were doing with Spelhouse. They never reached out to us before or even talked to us about our intentions with the brand. They were just bashing us and the messages were just getting misconstrued to a lot of different people and groups, which caused a huge blowup on social media.”

Protecting the HBCU community and elevating the Black community has always been his No. 1 goal, Murray said.

Murray said he has spoken with several alumni groups from Spelman and Morehouse colleges and other members in the HBCU community to address it in a better way and explain the reason for trademarking the term.

“Our culture is often swept underneath the rug. In the same breath, a lot of people take advantage of the culture. They don’t know how to give back. They just take from us, take our ideas, our influence and don’t really do enough to celebrate and honor us the way that we should. I want to make sure to provide people with timeless unique pieces, but also build us up with the scholarships and different money that we can give back to our community,” Murray said when explaining the reason for trademarking the “Spelhouse” term.

Murray said he is determined to do more for the Black community and HBCUs with his brand. He is also a proud partner of the HBCU Alliance, an organization that hosts fundraisers and events to bring the HBCU community together and raise money for scholarships and funds for schools. A portion of the proceeds from Murray’s sales also goes directly back into the colleges that LHP is licensed with.

In February, LHP also announced the creation of the All It Takes is One Scholarship, which will provide $ 10,000 in scholarships to current undergraduate HBCU students.

Gregory Murray has continued to act as a mentor and guide to Murray as he works to continue to develop LHP.

“I think what he is doing is miles ahead of where I was at that age. I think he has a good road ahead of him. I always told him he is making a brand, this not a T-shirt line, but a brand. I am really impressed by how he is navigating the waters,” Gregory Murray said.