As a filmmaker, is there anything Gina Prince-Bythewood can’t do? The Old Guard leaves no doubt that the correct answer to that query is a resounding no.

The Old Guard, which begins streaming Friday on Netflix, is only Prince-Bythewood’s fourth feature film since she burst onto the scene in 2000 with Love & Basketball. Since then, she’s helmed The Secret Life of Bees (2008) and Beyond the Lights (2014), projects that she wrote or adapted herself.

This new work is an action film about a group of immortal humans being hunted for experimentation by a greedy, gutless and guileless pharmaceutical executive. It’s a departure for Prince-Bythewood. For starters, she didn’t write the script. (It’s penned by Greg Rucka, the writer behind the graphic novel series on which the film is based.) Second, it’s a full-tilt action film from a woman primarily known for making romantic dramas that feel like a favorite pair of jeans: classic, comfortable and perfect for revisiting over and over again.

While Prince-Bythewood has continued to hone her skills with a variety of television projects, The Old Guard provides a convincing argument that Prince-Bythewood’s calendar ought to be packed with feature film work. Given a team of highly regarded actors in Charlize Theron, Chiwetel Ejiofor and KiKi Layne, Prince-Bythewood delivers both satisfying, high-octane fights and a proper storyline to stitch them together. 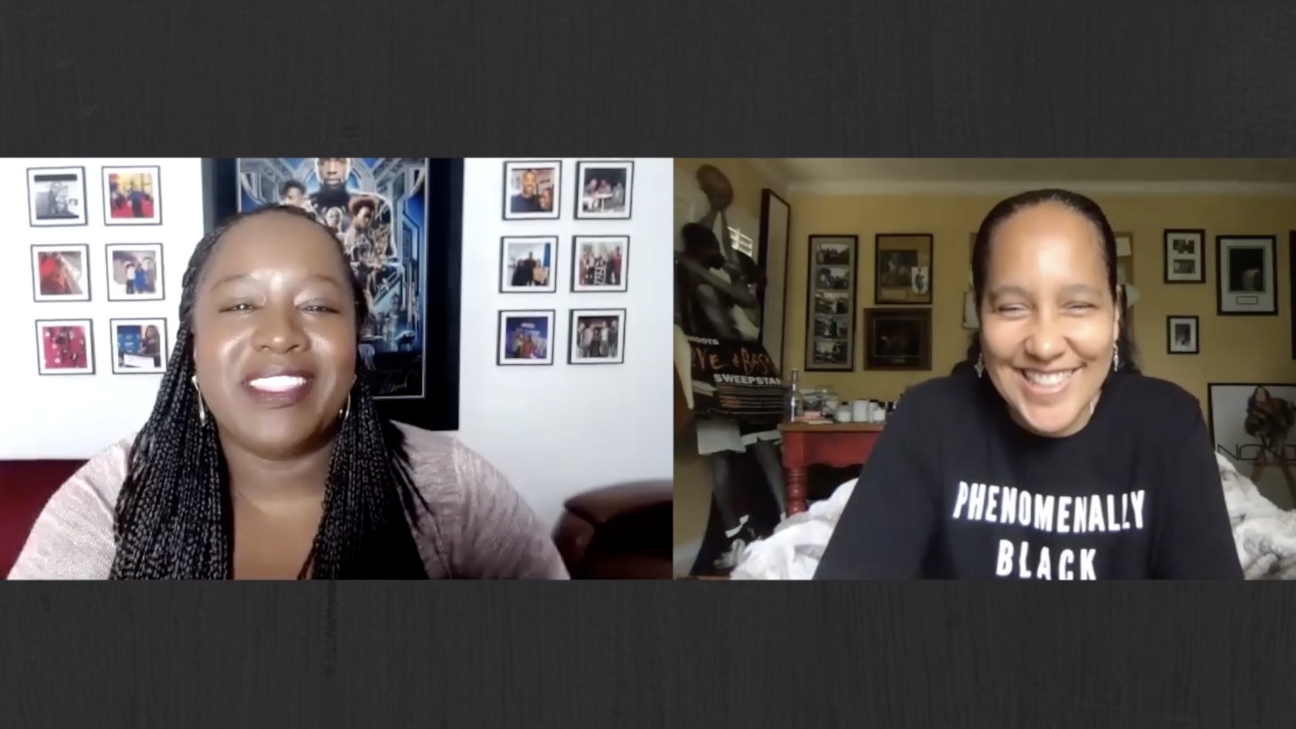 ‘Another Act’: Gina Prince-Bythewood on ‘The Old Guard’ and opportunities for women in Hollywood

Theron, who is no stranger to the genre (Mad Max: Fury Road, Atomic Blonde, Hancock, The Italian Job) plays Andy, a woman who has lived for six millennia — she’s not quite sure of her birth date — and who cannot die. She was present at the Crusades, persecuted as a witch in colonial America, on hand for the American Civil War, and through it all has turned into a masterful fighting machine, clearing the way for victories that allow her fellow human beings — the ones blessed with mortality — to innovate and accomplish their way to a better society. She is the den mother of a team of folks just like her: Booker (Matthias Schoenaerts), Joe (Marwan Kenzari), Nicky (Luca Marinelli) and Quynh (Van Veronica Ngo).

Andy — short for Andromache the Scythian — has had an eternity to amass a litany of psychological wounds as she’s searched for others like herself. Her oldest friend, Quynh, was locked in an iron cage and drowned 500 years ago when both were suspected of witchcraft.

Because members of the Guard can feel each other’s pain, they see Quynh in their dreams, screaming for help from the depths of the ocean, but they cannot locate her. When Andy becomes aware that Nile (Layne) is immortal, she sets out to find her before others can figure it out, too. A confused and stubborn Nile is reluctant to warm to Andy and the Guard when she learns that their gift comes with the price of centuries of isolation. They are perpetual nomads.

The film really kicks into high gear when the Guard figures out that an ally, an ex-CIA operative named Copley (Ejiofor), has been assisting the founder of Merrick Pharmaceuticals — a crazed, Martin Shkreli-like figure played by Harry Melling — who wants to subject the Guard to experiments and testing without their consent, Henrietta Lacks-style. The movie is propelled by common themes in the superhero genre: isolation, loyalty, treachery and the threat of being hunted and treated like a lab rat.

“It was supposed to be a gift to the world,” Copley tells Nile when he’s realized his mistake.

“It wasn’t yours to give,” she responds.

Though Prince-Bythewood didn’t get a writing credit on the script, she did punch it up to more fully develop Nile’s story. But it’s her skills as a director that really shine through. When directors transition to different styles, their inexperience usually shows up in the way they handle complicated visual effects, especially those that rely heavily on computer-generated imagery. Those scenes can sometimes be the weakest technical parts of the films, such as the fight between T’Challa and Killmonger that takes place on an underground railroad in Black Panther, or the flying lettuce leaf that’s deployed in A Wrinkle In Time.

Though it screams action, The Old Guard is arguably also superhero film in the vein of Julia Hart’s Fast Color. The effects are largely understated and focused on the way Old Guard members are able to heal within minutes of being pierced by bullets or blades, or even falling on a grenade. But they still feel pain, as Nile discovers when she experiments by sticking her hand into a campfire. That understated approach doesn’t make the film any less kinetic or enjoyable. It’s ripe with hand-to-hand combat, and a fight scene between Nile and Andy on a cargo plane bristles with energy and movement. Remember, Andy’s been fighting for 6,000 years. Fight coordinator Danny Hernandez borrows from iaido and kendo, the Japanese arts of the sword; silat, an Indonesian martial art featuring lots of knife work and close-quarter handwork; kali, a Filipino martial art that informed Theron’s use of an ax; hungar, which uses an open hand and closed fist; as well as the more common forms of wushu: taekwondo, Greco-Roman wrestling, judo and jiujitsu.

Prince-Bythewood allows the training of her heroines to shine brightly in a range of settings — a church, a U.S. Marine encampment, a pharmaceutical lab — and the result is kick-assery that rivals Theron’s fight scenes in Atomic Blonde. Meanwhile, Layne gets another chance to demonstrate her impressive range as she plays a second-generation, cornrow-sporting Marine — a far cry from the sweetly naive romanticism of Tish in If Beale Street Could Talk.

Terilyn A. Shropshire, a longtime collaborator of Prince-Bythewood, possesses an editing style that is generous and audience-friendly. It keeps pace with the action on screen, with well-timed cuts that allow the viewer to appreciate the fight choreography rather than burying it. Shropshire’s and Prince-Bythewood’s technical achievements in The Old Guard are significant because they counter longstanding racist and sexist conventions on what jobs black women can do well in the film industry. They are the first black women to edit and direct a major action superhero film.

The film’s conclusion, of course, is open-ended, leaving the possibility for future Old Guard movies to come, with or without Theron at the center. I hope there are more, and that we see Layne once again strapping on her combat gear as she and her immortal friends continue to save the world, one crisis at a time.