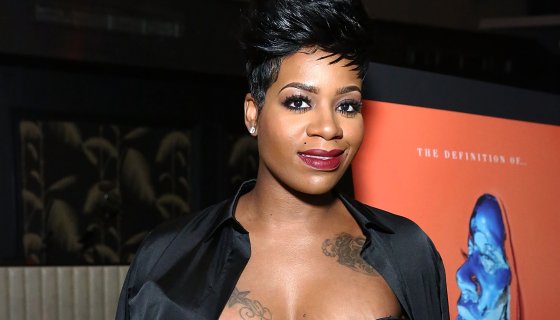 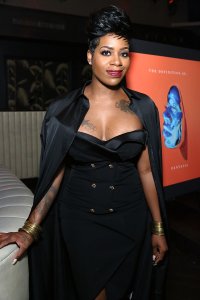 Last month, singer Fantasia decided to take the big step into veganism along with her husband, Kendall Taylor. The couple took to Instagram in September to make their big vegan debut by posting a cooking video with the caption,  “Healthy Living ITS TIME!!!!” She then added, “The Taylors Gone Vegan.”

Since the big diet change, the 36-year-old recently decided to take it a step further and join singers Mya and Lizzo on their raw vegan journeys, which is a diet where you only eat plant-based meals fresh and not cooked. While that raw diet may sound good in theory, the American Idol winner admits that the transition has been less than easy. In her latest Taylor Talks YouTube video with her husband, she opened up about the difficulties she had most recently when visiting the hospital for her daughter’s minor procedure. While waiting for the procedure to be completed, Fantasia found herself impatient and starving while in the waiting room without many options for a raw vegan.

In the video, she started by explaining how the experience with her daughter’s procedure helped her see how much she’s grown. “I can tell I’ve grown,” she opened up. “I can tell that all the work I’ve put into protecting my energy and looking at stuff and saying, ‘ok there must be a lesson in this.’”

While she was ecstatic that everything with her daughter’s procedure went OK, she admitted that she felt hangry in the hospital with the lack of food options for her new diet and admitted to only having broccoli, couple of carrots and celery. “It wore me out and I’m a little hangry,” she continued. “I’m HANGRY. I swear I’m hangry. Today I was just thinking about stuff I haven’t ate in a long time, and I’m vegan! The devil is a lie.”

Maintaining a healthy lifestyle and protecting her energy has always been important to Fantasia, especially when tackling the stress that comes with her busy career. In fact, back in 2016 she revealed to PEOPLE that she had dropped 20 pounds by committing to a low-calorie diet and consistent fitness. During that time she was using the medspa Urban Skin Solutions’ medical weight loss program to get her health on track and now, she’s handling her health on her own with her strict raw vegan diet.

As difficult as her new health venture might be, Fantasia looks great while doing it! Her only request is for us to keep her uplifted in prayer as she commits to such a difficult new lifestyle. As she joked in her YouTube video, “y’all pray for me ’cause all I’m doing is raw!” 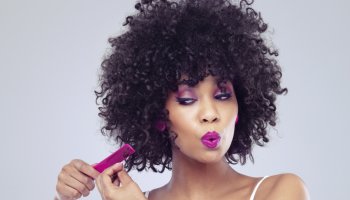 NeeJay Sherman On Importance of Self-Care and Mental Health Advocacy

Stephen Curry upon hearing about Klay Thompson’s Achilles injury: ‘A lot of tears’ The...

Human Rights Fighter - November 23, 2020 0
When the Tampa Bay Buccaneers host the Los Angeles Rams on Monday Night Football, the National Football League will celebrate the breaking of yet...

Human Rights Fighter - November 22, 2020 0
At some point soon, Arizona Cardinals quarterback Kyler Murray may show interest in the MVP talk stirring around him. For the time being, though,...

Simone Biles Opens Up About Abuse In The Gymnast World Via...

NeeJay Sherman On Importance of Self-Care and Mental Health Advocacy