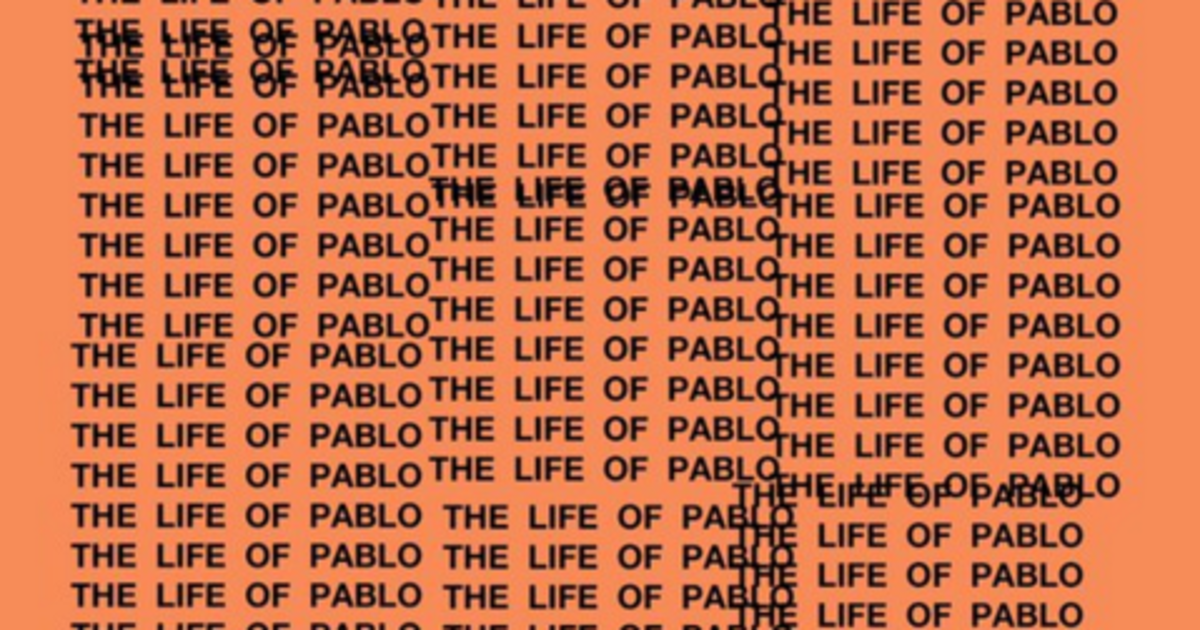 In Kanye West’s mind, every day is about him. But Thursday, Feb. 11, 2016, is all about the third coming of Yeezus. Here’s what you need to know.

The album is called “The Life of Pablo”

On Thursday, West is releasing his highly anticipated album, “The Life of Pablo.” Previously, West announced that the album would be called “SWISH” and “Waves.” The album art, designed by Peter De Potter, can be seen below:

Fans have a few theories about the album title already and its reference to artist Pablo Picasso.

And as West raps in his song, “No More Parties In LA:”

This is supposedly the track listing

West also tweeted about one of the songs he wrote, called “Father Stretch My Hands,” and said he cried while writing it.

This is kind of what the current scene looks like at Madison Square Garden, where West is simultaneously releasing his new album and his Yeezy Season 3 fashion line:

About to pull up with the fam!!!! I have butterflies

You can watch it all happen on TIDAL

According to Fuse, Kanye’s MSG album release and fashion show will be available for streaming on TIDAL, even for those who aren’t subscribers, starting at 4 p.m. ET Thursday. Watch it all happen here.

Here Are 5 NYE Outfits That Will Keep You Shinin’ Into...