There is a statue of Elgin Baylor taking his famous sweeping hook shot outside of the Staples Center in Los Angeles. It was unveiled in April 2018. But it was a long-overdue honor that came after other notable Los Angeles sports legends – Magic Johnson, Shaquille O’Neal, Jerry West, Kareem Abdul-Jabbar, Oscar De La Hoya and Wayne Gretzky – had already received statues.

For Baylor, it was par for the course. His NBA career often didn’t get the respect it deserved.

“Before Julius Erving, before Michael Jordan, there was Elgin Baylor,” Naismith Memorial Hall of Famer Spencer Haywood told The Undefeated. “He never got the respect he was due for what he brought to the game. The best small forward to ever play.”

Baylor, who died of natural causes Monday at the age of 86 in Los Angeles, was an underappreciated NBA superstar.

An 11-time All-Star, Baylor averaged 27.4 points and 13.5 rebounds per game for his career – one of only four players in league history to average at least 25 points and 10 rebounds – and once scored a career-high 71 points in a game in 1960. The Hall of Famer went to eight NBA Finals, but never won a championship. He retired due to knee injuries early in the Lakers’ 1971-72 championship season.

“Elgin defined the forward position for my generation in terms of buckets and rebounding,” former NBA star Marques Johnson told The Undefeated. “Made it a thing to finish with creativity around the basket, reverses, tough-angle spins. Was Eurostepping in the ’60s.” 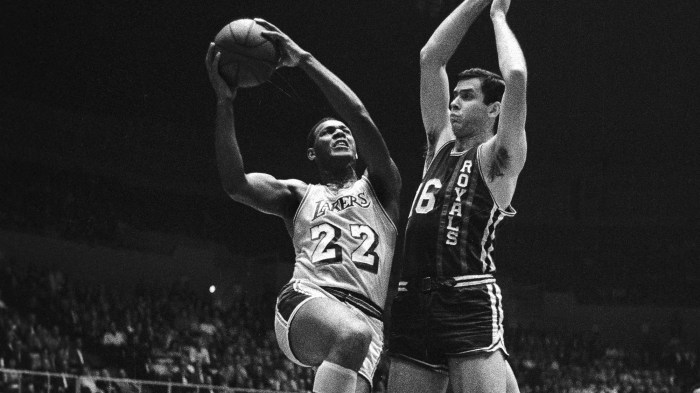 Dr. J on Elgin Baylor: ‘He was just ballet in basketball’Read now

And while Michael Jordan, Julius Erving and Vince Carter are considered some of the greatest athletes in NBA history, Baylor had similar athletic ability that is often forgotten because it was not regularly caught on video.

“Elgin Baylor set the course for the modern NBA as one of the league’s first superstar players,” NBA commissioner Adam Silver said in a statement. “Elgin produced remarkable results with his athleticism and groundbreaking style of play, including setting an NBA Finals record with 61 points in Game 5 of the 1962 championship series – a performance made all the more extraordinary by the fact that he had spent part of that season away from his team while on active duty in the Army.”

During his career, Baylor also encountered racism. In 1959, Baylor and the Lakers played the Cincinnati Royals in a neutral-site game in Charleston, West Virginia, where the team was told that its Black players couldn’t stay at the hotel in Charleston. The team moved to a motel where all were allowed to stay. But Baylor decided not to play in the game.

“I told the coach that. I told him I wasn’t going to play,” Baylor once recalled to The PostGame. “And I didn’t. We lost and the media the next day blasted me. But I thought it was the right thing to do.”

“Elgin was a man of principle,” Silver said. “He was a leading activist during the height of the civil rights movement in the 1950s and 1960s and an influential voice among his fellow players. After his retirement, Elgin remained a part of the NBA family as both a coach and an executive, imparting his wisdom to generations of NBA talent.”

Baylor was the head coach of the New Orleans Jazz from 1976 to 1979, earning an 86-135 record. He then moved on to the front office as the general manager of the LA Clippers from 1986 to 2008. He was named the 2006 NBA Executive of the Year but only had two winning seasons while working for owner Donald Sterling. 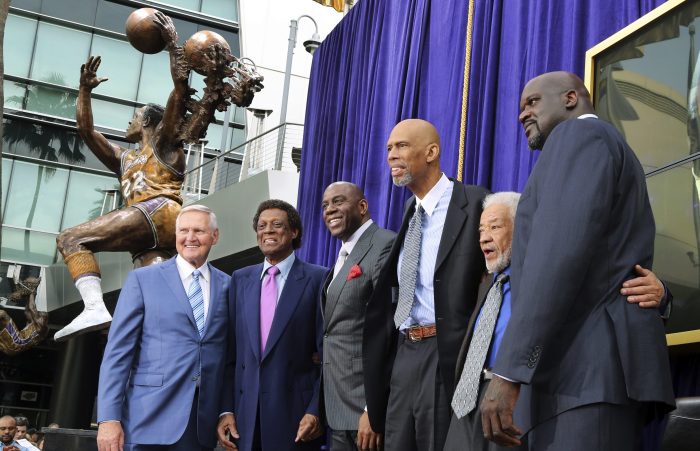 Baylor sued Sterling, among others, in February 2009 in Los Angeles Superior Court for wrongful termination and discrimination on the basis of age and race. A jury, however, ruled in favor of Sterling in March 2011. In 2014, Baylor told CNN that Silver was correct in giving Sterling a lifetime ban after he was caught on tape making racist remarks.

“Elgin was a Hall of Famer,” Richardson said. “He and Mrs. Baylor were always kind to my family and my entire time with the Clips.”

It’s a shame Baylor didn’t often get his just due for such an elite NBA career and the racial barriers he fought and overcame. But perhaps one way NBA fans can give Baylor his flowers now is to actually lay some flowers at his statue.

Comedian Opens Up About Being Adopted By A White Family

This Is Why You're The Most Annoying Person In Your Office

Shooting Suspect in Custody After Attacks at 2 Md. Malls&nbsp;