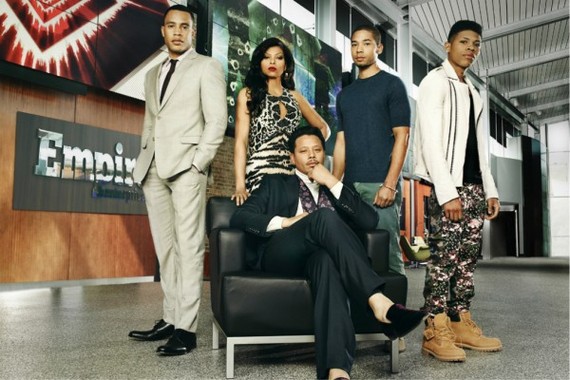 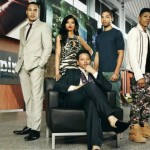 Dear Empire critics, In a society that is currently more observant of media and entertainment pitfalls than ever before, sometimes we are too quick to judge. The speedy jolt of a tweet to pass prejudgment, or the too-full-of-assumptions Facebook essay to sound off on a quick observation, continues to reflect a culture that misinforms more quickly than it educates. To all those who quickly critiqued Oscar-nominated filmmaker Lee Daniels’ groundbreaking prime-time drama Empire as nothing more than another television show that is “failing black people”: Take several seats and look carefully. Your misplaced condemnation proves not only that you are showcasing total personal bias but that you are…

In a society that is currently more observant of media and entertainment pitfalls than ever before, sometimes we are too quick to judge. The speedy jolt of a tweet to pass prejudgment, or the too-full-of-assumptions Facebook essay to sound off on a quick observation, continues to reflect a culture that misinforms more quickly than it educates.

To all those who quickly critiqued Oscar-nominated filmmaker Lee Daniels’ groundbreaking prime-time drama Empire as nothing more than another television show that is “failing black people“: Take several seats and look carefully.

Your misplaced condemnation proves not only that you are showcasing total personal bias but that you are also out of touch.

Critics who pan this show are typically divided into two spheres: They’re either advocates of making black television a respectability-politics showcase or they want to improperly use critical race theory.

The former wants programs that showcase blacks in a “proper” light, living behind nice picket fences with both parents in the household and all the children getting along just fine and no “ratchetry” to be found among this well-educated faith-based unit. Basically, these narrow-minded critics secretly desire to recreate The Cosby Show in any way possible, because it makes them feel acceptable under the white perception of a fantasied middle-class black family that ignores the socioeconomic disparity of their peers in America.

The latter also wants to police black imagery. They try to apply very strategic and scholarly approaches to every single aspect of the show. If there are gay black men in the episode, they are quick to misconstrue the inclusion and rather inappropriately cite all the times mainstream programs “emasculated the black man.” If they see that a black woman is ever upset or violent, they are quick to act as though the media is in a conspiracy to depict the “angry black woman” trope at every opportunity. They ignore the context of a plot and setting and apply everything they see to their academic prerogative.

What both of these types of critics have failed to realize is that Daniels is a black gay man who is getting the chance to artistically produce his imagination and expression of society for network television to see. This show is not intended to garner white people’s approval of our existence — and if you have been keeping up with the headlines, you should know that your respectability won’t save you. It’s a prime-time drama for entertainment and reflection, people, not a political editorial or a public-policy initiative. Daniels is a creator who should be given a right to fully explore his cinematic talent without being constrained by the narrow social confines of “making black people look good.”

If you are looking carefully at what I and the increasingly impressive millions of viewers are watching every Wednesday night, you will see a multidimensional cast of black characters who all meaningfully contribute to the plot. You will see various depictions of wealth and success, levels of education, shades and body images of black women, sexuality and acceptance, music and style — a unique and inclusive look at what issues and discussions we are having in 2015.

The show is relevant and bold enough to be presented on network television and tell a tale that doesn’t revolve around a white observance. Where else can you find that on television? While Blackish tries to show a black family adjusting in white suburbia, Empire owns the place. While Olivia Pope is chasing after a white president, Empire has their black CEO talking to President Barack Obama. While How to Get Away With Murder (which I am a die-hard fan of as well) has a black leading actress, she still has to put up with the racial confines of her self-identity and vulnerability. Empire has black women who are motivated, complex and self-driven while not having to take into consideration what white people think.

Empire is our Dallas. It transports us into a reality where we can see ourselves as one of the characters on the show. Whether snobby or reckless, gay or straight, dark or mocha, disabled or not, there is more to be seen from just the story line alone. It is one thing to criticize “reality” television that runs the risk of trying to depict black life disproportionately in one light as opposed to a scripted drama led by a black filmmaker who is guiding the plot.

For those critics who argue for diversity in prime-time in one breath but are then quick to tear down a black program that hasn’t even made it to its second season, check your reasoning. If we are to demand more diverse programs, we have to also respect the nuance in them as well.

No, every show can’t be a black family sitcom or an investigative crime spoof. If we are to actually recognize all aspects of black life, we need to recognize that there should be room for the highly educated as well as the working-class. There have to be shows that have heteronormative relationship dynamics but also gay, interracial ones as well. We need to accept that black programs are not reflections of just our own personal and social views but those of the many multitudes of the diaspora.

Empire is a phenomenal step toward encouraging us to see more levels and faces of the black experience than ever before, and we should be celebrating that alone. If that type of subject matter does not appeal to your taste, then respectfully agree to disagree. But just like the many white-dominated prime-time programs that I see on a regular basis that I don’t prefer, you don’t see me on a campaign to denounce their existence. Let’s give our black filmmakers and actors more respect and understanding than that.

The skill set from your high level of inspection and critiquing of this show would be best applied to the various loopholes in wealth disparity in this country or possible discriminatory laws that have yet to reach the Senate floor, not on an evening program that has not even completed its first season. Do better with your educated efforts and theories analytically.

Here’s to hopefully seeing you as part of the high ratings on Wednesday nights.

Ernest Owens is a black television connoisseur who is an advocate for more variety beyond Cosby sweaters and political laid-hair folklore.

Dear Empire Critics, Stop Hating. You Just Don’t Get It.

Move Over, Taylor Swift. We Have New Squad Goals

So, Maybe Shonda Rhimes Will Get Married

A Reality Check on ISIS