The streets of Cleveland turned ugly on Sunday following the first national Black Lives Matter conference, where activists convened to discuss the use of deadly force between police and African-Americans. ;

Witnesses told local ABC affiliate ;Newsnet5 ;that a 14-year-old who was thought to have been intoxicated was slammed to the ground after transit police confronted him about an open container by a bus stop. ;

They got a 14 year old handcuffed going into the ems #m4bl pic.twitter.com/q42VeGcgYN

The crowd of conference attendees began to protest his arrest by locking arms when a police officer allegedly pepper-sprayed them. ;

WATCH: This is the officer who sprayed #M4BL attendees with pepper spray. pic.twitter.com/vWtBLiB7Um

They just pepper sprayed an entire group of us here #m4bl pic.twitter.com/6mAy4nuMLV

The teenager was seen being taken into an ambulance for treatment and later released to his mother, Newsnet5 reports. ;

They just let the teenager go. "This is what community looks like." #M4BL pic.twitter.com/bqhA8N9v9m

The conference, whose full title is ;the National Convening of the Movement for Black Lives, ;began Friday at Cleveland State University. ;Thousands of activists from across the nation gathered for panels and workshops ;with the goal of holding officials accountable ;for police brutality ;following the deaths of Sandra Bland, Mike Brown, Tamir Rice and Eric Garner. ;

UPDATE: The Greater Cleveland Regional Transit Police said in a statement issued Sunday evening ;that the teen was “intoxicated to the point where he was unable to care for himself.”

The transit authority said a crowd started to surround the police car in which the teen was held. When the crowd prevented the car from leaving the area, “a Transit Police officer used a general burst of pepper spray in an attempt to push back the crowd, to no avail,” the statement said. ;

The transit police confirmed the teen was eventually released to his mother shortly before 6 p.m. local time. ;

The incident is under investigation. ; 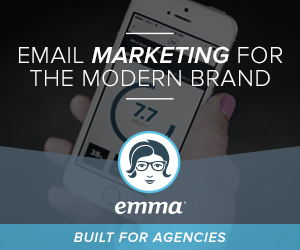 HBCU football begins as COVID-19 continues to surge SWAC, MEAC begin practices for February start but will ‘shut it down’ if virus impacts teams

Will The COVID-19 Vaccine Work On New Mutations Of The Virus?

Human Rights Fighter - January 19, 2021 0
Not surprisingly, the words “COVID-19 mutations” stir up worry. We have felt the very real consequences of the coronavirus pandemic, and the vaccine...