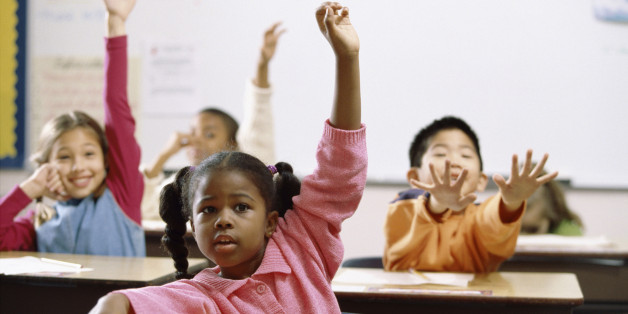 It’s Black History Month. I have to admit, it hasn’t always been a month I looked forward to. As a kid, I went to school in at a predominantly white public school. Out of 80 kids in my class, I believe there were about 10 African Americans. And that’s including me. Every single year, during the month of February, slavery was the central focus of teaching Black History Month.

Slavery is such a heavy discussion in itself. There are so many emotions involved. It’s painful. It’s rage. It’s crushing. It’s so many other things that I can’t even put into words.

That part of my history I wish I could change. For those I didn’t know back then. A life they didn’t deserve. But it happened.

Now that my children are in the same predicament with their surroundings in their schools, I want them to experience Black History Month differently than I did. I want them to look forward to it and be excited about it.

But what can I do about what their teachers decide to teach?

Well, when I received my youngest daughter’s weekly newsletter, I noticed the discussion in social studies was going to include slavery. I breathed a heavy sigh and had a moment where I felt helpless. In her tiny class of 14 students she is the only African American. All I could think about was how she was going to feel. And I teared up because I knew exactly how she would feel.

I took a deep breath and I emailed her teacher.

In my message, I asked her if it were possible to talk about other stories besides slavery. At that point they had already read “The Drinking Gourd,” why not go beyond it? There are so many wonderful stories out there about African Americans. Ones that celebrate our history. Ones that would aid in building my daughter up and make her feel special. Ones that wouldn’t make her want to cower under her desk because her entire class is staring at her.

I wasn’t sure what to expect. No, I take that back. I was expecting her to reply with, “My hands are tied. We have to teach according to the school’s curriculum.” Which I was completely prepared to go to the powers that be. But, to my surprise, she responded very quickly and was open to my suggestions and asked if we could talk over the phone to discuss further.

It was refreshing to be able to share my concerns and have someone be empathetic about it. She was honest about not being aware of the affect that the stigma of slavery can create. And wanted to change for the betterment of not only my daughter (and how she felt) but for the whole class as well.

Get this – she even went to the library and asked for different books to read to the class.

I was even able to get my daughter’s great aunt in on it to come and share with the class. What’s better than having a special guest to come in and talk about how you are a part of a family that has the first African American Senator in its history?

I’m absolutely ecstatic about this. I was thinking this was going to be a battle. No one likes change. I was afraid the response was going to be, “After all these years of doing the same thing, what was the problem?”

I will add, if that would have happened, I would be in another discussion. Only it would have been with my husband about homeschooling.

But it was the complete opposite. It’s a big moment in my momness.

It may seem like I’m looking for special treatment of my daughter. That’s not where I’m coming from. Growing up Black has so many challenges involved. As a mom of color, hell as a mom in general, I just want my daughter to be happy. And I want her to be proud of her heritage and not want to dissociate from it.

Talking about slavery requires more than a few minutes a day in a 20 day period. Why schools think it’s ok to rush through the conversation and leave it in the laps of our young children, is beyond me. Yes, it’s a part of history, but it isn’t where Black History began. And it’s certainly not where it ended.

If you haven’t talked to your child’s teacher about what their lesson plans are for Black History Month (or for any subject), I encourage you to do so. As I’m learning, the burden of education isn’t solely on the teachers. It’s my responsibility, as well. There are many opportunities available for what your children learn. You just have to ask. Actually, it was suggested to me to demand.

So far, it’s been working.

It’s been a long time since I’ve looked forward to hearing about Black History Month and what my children are learning at school. I can’t wait to see how this month goes for my youngest daughter.

When I asked her what she feels should be the most important thing that should be taught this month, she said, “I just want to be treated as the same as everyone else.” And as long as I’m her mother, I’m going to do what I can to make that possible.

Rewriting the History of the Black Panthers on Film