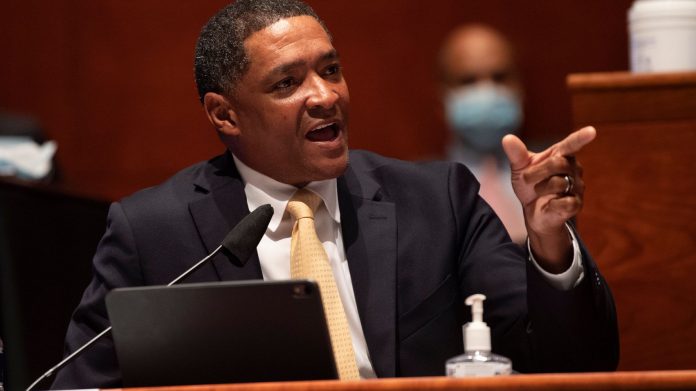 Attorney General William Barr started out his testimony to the House Judiciary Committee on Tuesday by paying respects to the late Rep. John Lewis (D-Ga.), the civil rights icon who died this month.

“On behalf of the Department of Justice, I want to pay my respects to your colleague John Lewis, an indomitable champion of civil rights and the rule of law,” Barr said.

Democrats were in no mood for flimsy shows of bipartisan niceties. During the hearing, they hammered Barr on issues of racial justice and his willingness to politicize the Department of Justice to benefit President Donald Trump.

“When you all came here and brought your top staff, you brought no Black people. That, sir, is systematic racism,” Rep. Cedric Richmond (D-La.) said. “You really should keep the name of the Honorable John Lewis out of the Department of Justice’s mouth.”

Lewis put his life on the line for voting rights and continued to fight for access to the ballot until the day he died. Barr, on the other hand, has supported Trump’s crusade to make it harder for people to vote during the pandemic and advocated against mail-in ballots (even though he, like other top Trump administration officials, has voted by mail in the past).

Democrats’ complaints about Barr have had plenty of time to build up. Last year, not long after Barr spun special counsel Robert Mueller’s report in a more positive light for the president, the attorney general bailed on a House Judiciary Committee hearing because he didn’t want to be questioned by staff members instead of members of Congress

Tuesday’s testimony marked the first time Barr has testified before the committee in his entire year-and-a-half term as head of the Justice Department. Some members, who launched into lengthy speeches against Barr but didn’t necessarily succeed in extracting any substantive answers from the attorney general, helped illustrate why Barr might’ve preferred their questions over inquiries from professional staff.

Barr consistently held down the Trump administration line, proving again to be the loyal defender that the president always wanted.

“I just asked for a yes or no. I’m starting to lose my temper,” Rep. Pramila Jayapal (D-Wash.) cut in when Barr attempted to dodge her question about whether he supported allowing authorities to “pepper spray, tear gas and beat protesters and injure American citizens.”

Rep. Karen Bass (D-Calif.), who has been on Joe Biden’s vice presidential shortlist, pressed Barr on his prior claim before the nation’s largest police union that there should be “zero tolerance for resisting police” and that such a policy would save lives.

“A zero-tolerance attitude is costing lives, not saving them, especially in communities of color,” Bass told Barr. She raised the case of Elijah McClain, a 23-year-old Black massage therapist who died last year after police in Aurora, Colorado, locked him into a since-banned chokehold and injected him with a sedative.

Bass contrasted McClain’s treatment with that of a mass murderer who killed a dozen people in Aurora.

“Consider James Holmes, who murdered 12 people and injured 70 others in a movie theater,” Bass said. “James wore body armor, had a knife, semi-automatic weapons and an AR-15. Yet he was calmly arrested by the same police department as Elijah McLean without a chokehold or injection of ketamine.”

Barr, at another point in the hearing, said he believes there is no “systemic racism in police departments generally in this country.”

Bernie Sanders Has Lofty Goals, but Can He Execute Them?