In 1997, the state of Texas introduced the “Top-10 Plan” which stated that any student from a Texas public school who graduated in the top 10th percentile of their class was automatically eligible for acceptance into a state-funded university. Besides giving more people the opportunity of upper education, this rule made the college admissions process even more competitive than before. Students who were accepted before with 3.4 GPAs now had a lesser chance getting in with this exception because the rest of their class had risen to the occasion and were earning 3.5s and higher. If you didn’t finish in the top 10 of your class, these universities would…

In 1997, the state of Texas introduced the “Top-10 Plan” which stated that any student from a Texas public school who graduated in the top 10th percentile of their class was automatically eligible for acceptance into a state-funded university. Besides giving more people the opportunity of upper education, this rule made the college admissions process even more competitive than before. Students who were accepted before with 3.4 GPAs now had a lesser chance getting in with this exception because the rest of their class had risen to the occasion and were earning 3.5s and higher. If you didn’t finish in the top 10 of your class, these universities would then consider your admission based on a number of deciding factors including extracurricular activities and race or other adversities. It was a simple admissions process that everyone understood and didn’t vocalize their problem with it until 2008.

Seven years ago, Abigail Fisher sued the University of Texas because she believed that she was denied acceptance, not because everyone in her graduating class was smarter than her, not because they busted their butts harder than her, but because she was white. Fisher claimed that she knew people who were accepted that were less qualified than her but were accepted just because they had different skin color. That lawsuit was upheld in 2009 by a federal district court who rejected it. After that Fisher appealed to the 5th U.S. Circuit Court of Appeals which agreed with the prior ruling. Normally one would stop and move on and live their life. Fisher did not and instead she and her lawyers appealed their case to the Supreme Court which cleared the previous ruling and sent it back to the 5th Circuit for another ruling. At this point it’s 2013, President Obama is in his second term, the world didn’t end in 2012 and Oprah is no longer the reigning queen of daytime talk anymore.

The 5th circuit once again didn’t change their previous ruling but Fisher once again appealed to the Supreme Court again and on Monday the Supreme Court took her case, again. Fisher’s lawyers aren’t still litigating just so she can get her $50 admissions fee and $50 dollar housing deposit which she could easily make if she took the time to take all of the pennies and dimes in her home and car to a CoinStar near her. Fisher’s lawyers are still litigating so the Supreme Court can rule it unconstitutional for colleges to consider race when accepting applicants to ensure a diverse student body. If found unconstitutional, this has the possibility to change the way Affirmative Action works in Universities across the country.

For just one second, let’s forget that the University of Texas’ admission rate is 40 percent and that it’s on record only 5 people of color with grades worse than her were accepted and 42 white people with grades worse than her were accepted from her class that year. Let’s forget that there were 168 Black and Latino students who got the same grades or even better grades than her but were denied admission. Let’s forget all of that and look at the real issue and problem with the case: Fisher and others refusing to believe that people of color can be smarter than them and can earn admission solely on their brain and not their skin color.

There’s always been this rhetoric that people of color who are accepted into these schools are accepted because of their skin color due to Affirmative Action. They didn’t study for their ACTs, they didn’t get 4.0s, they weren’t involved in their high schools. They just applied and the admissions people looked at what race they were and said “She’s brown, let’s get that acceptance letter to her.” But the reality of the situation is if that spot was really yours, you would have gotten it.

Danielle Templeton, a freshman at the University of Northern Iowa graduated from high school with a 3.7 GPA and a 29 on her ACT. Her hard work was rewarded with a full-ride scholarship, to which her white classmates responded asking her if she got the scholarship because she was Indian. The high scores and finishing in the top of her class can’t possibly be the reason she was accepted right? Wrong. It’s that amount of entitlement that has led to a misunderstanding of Affirmative Action is and who it really benefits.

Affirmative Action is not just for minorities but for women as well; there is a history of both of these disenfranchised groups of people being discriminated against by businesses and education institutions. Talent is universal, but opportunity is not. This is why Affirmative Action was created and introduced, so special consideration can be given to women and minorities to attempt to level the playing field against white men: equal opportunity for equal talent. These qualified people are not being given these jobs and scholarships and admissions because of their race or sex. They are being given the consideration to possibly get these opportunities that normally they wouldn’t because of the systematic oppression against them and the stereotypes that say they are unable to hold these jobs or even possess the smarts needed to excel at these schools.

So to all the Abbys in the world, you can either continue to get mad, or stop being mediocre. Your choice. 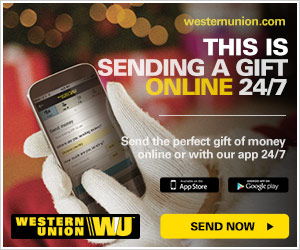 Blame Your Own Mediocrity, Not People of Color, For Your College Admission Shortcomings

Gabrielle Union Dishes On Her Starring Role In ‘A Meyers Christmas,’...

These 11 Women Are Blazing New Trails In American Politics