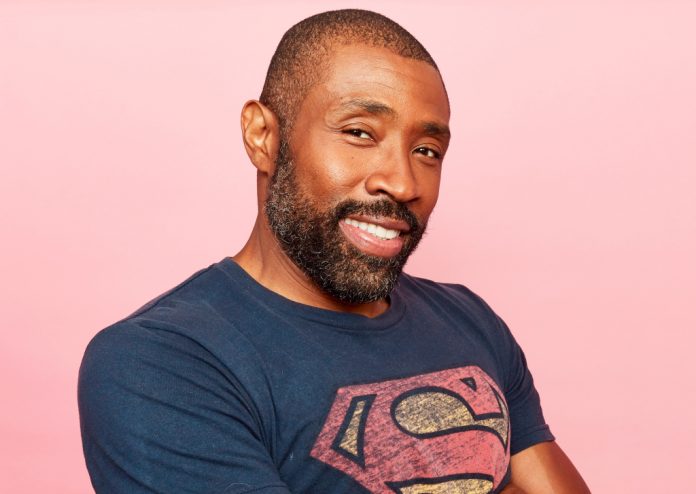 Mara Brock Akil made her triumphant return to the CW with Black Lightning on Tuesday night, and it was a ratings smash.

According to Variety, Black Lightning came in with 0.8 ratings in the 18-49 demographic. It pulled in about 2.3 million viewers, and stats like that makes it the biggest premiere on The CW in two years! The numbers are only expected to get better with DVR and On Demand views. Series star, Cress Williams (aka, Scooter from Living Single) thanked watchers for the outpouring of support on Instagram.

The show also dominated on Twitter. The love for Black Lightning also made its way to Rotten Tomatoes, where the show has a 100% rating!

Black Lightning is currently the #1 trending topic!! Everyone on the east coast loved the premiere! West Coast we gotta keep the momentum up when it premieres at 9! #BlackLightning #GetLit pic.twitter.com/ccfgqNU6CO

And while stars from the CW’s other DC shows promoted Black Lightning on Twitter, Black Lighting is not part of the Arrowverse along with the CW’s other superhero shoes even though its a CW property. As such, it’s not likely that there will ever be any crossovers with The Flash. After some thought, fans were fine with that move, though. In fact, its unlikely any of them will notice because they were too busy gushing about the show.

At first, I was mad #BlackLightning didn’t exist within the #Arrowverse, but now I see why. It’s on another level. Grounded in a reality that those characters could never understand. I could never imagine Jefferson w/ all his years+wisdom needing help from…Barry Allen. #GetLit pic.twitter.com/JGL9XgUhs3

She broke the sink with her hands!

As much action as there was to enjoy on the show, viewers also loved the human drama that rounded out the premiere as it touched on topics like police brutality and family bonds.

Truth is #BlackLightning opened my eyes to something. As a white person, I will NEVER know what the African American friends/mutuals I have go through. The best I can do is educate myself, be there for them as best I can, stand up with them….for them…love them.

In conclusion, you should expect to see #BlackLightning trending on Twitter next week.

We are live tweeting black lightning every tues. No debate #BlackLightning pic.twitter.com/zbCEKj50ot

7 Bedroom Behaviors That Could Be Killing Your Marriage

Watch: What Is Afrofuturism?