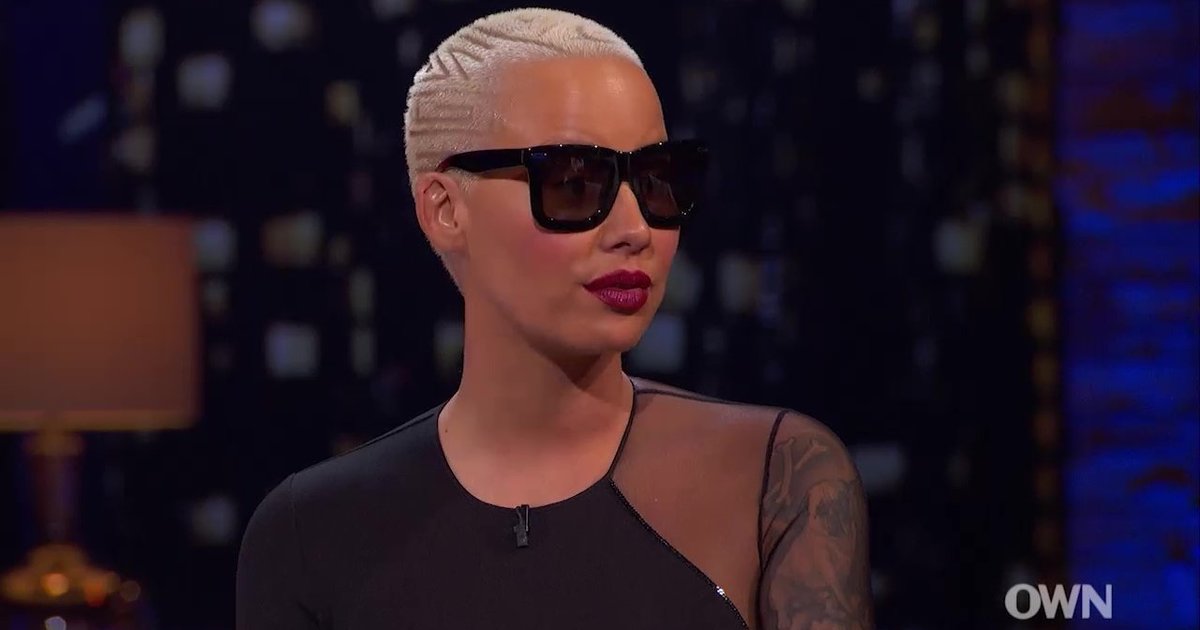 Amber Rose has no patience for victim-blaming.

In a recent conversation on Tyrese Gibson and Rev. Run’s new relationship series, “It’s Not You, It’s Men” (Sat., 9 p.m. ET on OWN), the model and activist sets the record straight on the myths that often cloud the issue of consent.

Regarding the notion that women might be “asking” for sexual attention if they put out a certain type of “energy,” as Tyrese put it, Rose immediately cried foul.

“It doesn’t matter how far I take it or what I have on,” she continues. “When I say no, it means no.”

Rev. Run then points out another common sentiment on the issue. “I’ve heard a quote like, ‘Dress how you want to be addressed,” he says.

Just because a woman dresses a certain way does not mean she’s doing so for anyone other than herself, Rose explains.

“If I want to wear a short skirt or a tank top, and I’m at the club and I’m having fun with my friends and I feel sexy, I’m not DTF,” she says. “I didn’t come here to have sex. I didn’t come here to hook up with nobody. I came out here with my girls and I just feel pretty. I’m not ‘asking for’ nothing.”

Realizing how fired up she is, Rose clarifies that her frustration isn’t personally directed at Tyrese or Rev. Run.