LOS ANGELES (AP) — On the cusp of his first album release since 2008, Akon wants to steer his considerable fan base away from services like YouTube to a new – and Akon-branded – app where he’ll give away music for free, supported by ads. That might strike you as a head-scratcher, given Akon’s millions of album sales. But with digital downloads falling and streaming on the rise, it makes sense to the hip-hop star. Akon spoke exclusively with The Associated Press about his plans. This interview was edited for brevity. Q: Back in 2010, you said “Stadium” would come out that year. A…

LOS ANGELES (AP) — On the cusp of his first album release since 2008, Akon wants to steer his considerable fan base away from services like YouTube to a new – and Akon-branded – app where he’ll give away music for free, supported by ads.

That might strike you as a head-scratcher, given Akon’s millions of album sales. But with digital downloads falling and streaming on the rise, it makes sense to the hip-hop star. Akon spoke exclusively with The Associated Press about his plans. This interview was edited for brevity.

A: Unfortunately there was a lot of changes happening within the Universal (Music) building. They were restructuring. And my project unfortunately got caught up in the midst of it. In the meantime, I was building the Konvict Africa brand, releasing artists such as P-Square and Wizkid. As that was happening I also got involved in energy, and started the Akon Lighting Africa project. I started realizing how much the music played a role and offered me the opportunity to branch off outside of music to become successful in other areas. So it was about that time that I wanted to focus on the album. I recorded so many songs. The biggest challenge was: How am I going to release this?

Q: So, you decided to release them via an app. How did that idea get started?

A: This is going to be the first time ever done in the history of music. I had a friend named Dada Mills who was working with a company named EscapeX. Together we came up with a formula, pretty much called the “app album.” I’m releasing multiple albums on my platform, an urban album, a world music album, a house album, a reggae album called the Island album, and the pop album, which we’ll probably release off the platform, which will create more marketing to lead you back to the app itself.

Q: So the pop version will be downloads?

A: The pop version will be released through a record company (Atlantic). That’s the way of tying the app in with the majors.

Q: How did the label feel about the idea?

A: From the moment I explained it, they were all in. There were like, well at least just give us one so we can be attached to this thing somehow. They understand the power of digital. They’re like, the fans are the ones who create this success in the first place, so if you have the fan base, then guess what, you have the buyers. As long as you have buyers, you can sell them anything, it doesn’t have to be music. It can be headphones. Just ask (Beats co-founder) Jimmy Iovine.

Q: What about Apple Music? Does the pop album go there as well?

A: Yeah, the pop album will go to all the traditional sources. The way I look at it is, as long as we can capitalize on all those resources, that’ll be the way to market and promote four albums. One hand washes the other and both hands wash the face.

Q: How do you feel about how artists are compensated through streaming platforms?

A: No artist is happy with how they’re getting paid from the streaming platforms. Outside of subscription models, there are other models. Look at Facebook. How do they make billions? When you look at this app, my fans are doing exactly what people are doing on Facebook. The only difference is they’re going to be on my app a lot longer.

Q: Other artists like Karmin are on this platform. Ads churn through and you don’t have to do anything.

A: The crazier part of it is it doesn’t interrupt anything. You can actually choose if you even want to see the ads.

Q: How important is it for you to own the app versus having free streaming on Spotify free or other platforms?

A: From a business standpoint it doesn’t make sense. Why give someone like Spotify or Pandora 99.9 percent of what should go in your pocket? Also, you don’t get the data. And the data is the most important part.

Q: How much better is it for you if someone streams on your app vs. Spotify free?

A: You’ve got a fraction of a penny with them and you got cents over here for a streamed song. Start multiplying that by millions of people and billions in some cases. Just think about it. One record me and David Guetta did called “Sexy Chick” has almost a billion streams to date. People are always going to stream. It goes back to the role of the artists, because now they feel like being part of the business. The business is set up for the corporation to make money and the artist just to work. Now the artist is getting a bigger piece of the pie.

Q: How do the albums get released?

A: When you get the Stadium app, the world music album will be unlocked. According to your participation, you earn “acorns” to be able to unlock the next album and the next album until all four albums are unlocked.

Q: What’s the amount of time you have to spend on it?

A: That depends on the listener. It’s almost like a game. Unfortunately you can cheat the game. Just put on the app, press play and leave it on your dresser for 3 to 4 weeks and come back and it’s unlocked.

Q: Why release the pop album the standard way?

A: Eventually the goal is to make the app a formula that even the majors can use. The majors are trying to figure out how this works. So the Stadium app will be a way of allowing them to understand what this is.

Q: It’s interesting to release the music a bit at a time.

A: It’s like walking into a buffet. You can only fill your stomach to a certain level and then you get full. So we’ll give them just enough to be able to get full long enough to look forward to the next meal.

Q: Is there a magic number you have to hit before the pop album comes out?

A: I think you jinx yourself when you do that. But I’m highly confident that once this comes out, it’s going to create a new wave. It’s definitely going to regenerate the music business. I think this is the answer to the problems the majors are dealing with. And it’s going to take someone like me to take the chance on it. I’ve been gambling on myself since Day 1, so this is not new for me. 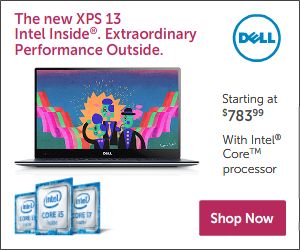 Akon To Debut New Albums On His Own ‘Stadium’ App

Olivia Pope Is An ESTJ, And Other ‘Scandal’ Personality Types Explained

Here’s What Happens When Cops Police For Profit, Not Public Safety