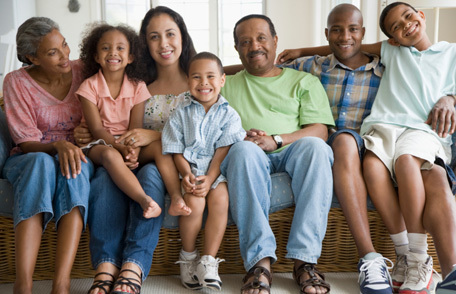 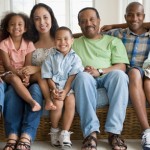 Since the first cases of HIV were reported over 30 years ago, Black people and our families have been the most impacted. We all carry with us the stories of relatives, friends, neighbors and other loved ones who are no longer with us due to HIV/AIDS. We have collectively allowed stigma, fear and a lack of communication to hinder us from standing up to support our loved ones living with HIV/AIDS. Their cries of despair are ingrained in our memories during a time when most people willingly neglected those living with HIV/AIDS because of ignorance, shame and a lack of compassion. Today, …

Since the first cases of HIV were reported over 30 years ago, Black people and our families have been the most impacted. We all carry with us the stories of relatives, friends, neighbors and other loved ones who are no longer with us due to HIV/AIDS. We have collectively allowed stigma, fear and a lack of communication to hinder us from standing up to support our loved ones living with HIV/AIDS. Their cries of despair are ingrained in our memories during a time when most people willingly neglected those living with HIV/AIDS because of ignorance, shame and a lack of compassion. Today, we have made incredible advances in the knowledge and treatment of HIV/AIDS, but too many of us remain silent around the issue. However, our families continue to be the public face of HIV/AIDS. According to the Centers for Disease Control and Prevention (CDC), the rate of new HIV infection in African Americans is eight times that of whites based on population size. We must recognize and embrace that HIV/AIDS is a Black health issue, and we must stand up to end this epidemic.

Just like diabetes and hypertension are Black health issues where we all rally to support our loved ones living with these chronic conditions, we must publicly open our hearts to our family members living with HIV/AIDS. Yes, there are wonderful campaigns targeting the Black community around HIV, but this is not enough. The fact remains that Black people still experience the highest infection and mortality rates from this treatable condition. This is unacceptable, and we all have a role in helping to prevent infection for our family members most at-risk and supporting those who are living with HIV/AIDS. We must recognize that Black people face a number of health challenges that undermine our community’s health as a whole. We are more likely to suffer from certain health conditions, and we are more likely to get sicker, have serious complications, and even die. Our community is more prone to have heart disease, to be obese, to have a stroke, and is more susceptible to asthma, just to name a few. When we add HIV/AIDS into the equation, the status of our health as a community is dismal. Predominantly Black cities like Washington, D.C., have been compared to West Africa when it comes to HIV infection rates among its population.

As HIV/AIDS continues to disproportionately impact Black people, it is important to recognize key factors contributing to high rates of HIV infection. Because of the large proportion of people living with HIV/AIDS in Black communities and the fact that Black people tend to engage in sexual relations with members of the same race/ethnicity, we face a greater risk of HIV infection with each new sexual encounter (CDC: HIV Among African Americans). In addition, Black people are less likely to secure or afford health insurance, which makes preventing or treating HIV even more burdensome for our community.

A path to ending the epidemic is for us to collectively support the well-being of our community living with HIV/AIDS. President Obama has led in this effort by introducing the nation’s first National HIV/AIDS Strategy aimed at reducing the epidemic, with a special interest in reaching out to communities of color. Central to the strategy is the HIV/AIDS Care Continuum, which is a plan focused on getting HIV positive people in treatment as early as possible and receiving the full range of health benefits to combat this manageable condition. It should be noted that Black people are the least likely racial demographic to be in ongoing care or to have the virus under control according to the CDC.

At the National Black Justice Coalition (NBJC), we are working to reframe HIV/AIDS by placing it once again as a chief pillar of the lesbian, gay, bisexual, transgender (LGBT) equality agenda, while simultaneously holding Black America accountable to build support structures to fight the epidemic in our own communities. In 2015, we will roll out a Black family health narrative around HIV to combat the epidemic. Our advocacy will rest on the principle that we are our brother’s and sister’s keeper because we recognize that we all have a vested interest in the health and stability of our community. NBJC’s efforts will provide culturally competent resources to heal, educate and affirm the whole family impacted by the HIV/AIDS epidemic. We are organizing a national call-to-action, where the Black family is central in the conversation about care and prevention. This will be a movement that calls on the entire Black community, especially families, to take personal responsibility in preventing new cases of HIV, while supporting and improving the care for those living with HIV/AIDS.

The Black LGBT and same-gender loving (SGL) population is disproportionately impacted by heath disparities. Black LGBT/SGL people live at the intersection of multiple identities and represent more than 1 million African Americans. Both cultural and systemic factors such as poverty, racism and stigma contribute to this dire status. Despite this reality, few health and wellness initiatives directly target Black LGBT/SGL people, and as a result, Black LGBT/SGL people suffer in silence. This is profoundly evident in the HIV/AIDS epidemic in our nation when African Americans account for an estimated 44 percent of all new HIV infections among adults and adolescents (aged 13 years or older) in 2010, despite representing only 12 percent of the US population. The CDC states that gay and bisexual men account for most new infections among African Americans, and young gay and bisexual men (ages 13 to 24) are the most affected within this population. In the wake of the national conversation being had about #BlackLivesMatter, we need to make sure that this includes ALL Black lives, inclusive of the Black LGBT/SGL community. It is in this spirit that the National Black Justice Coalition calls to action the Black family to mobilize to end the HIV/AIDS epidemic in our country.

At the foundation of Black America is the Black family. The family is the core institution that builds our perspective as Black people on who we are and how we should operate in society. Revered theologian Dr. Howard Thurman put it best: “It is the family that gives us a deep private sense of belonging. Here we first have ourselves defined for us.”

Key to this movement is the elimination of stigma around HIV/AIDS in Black America, which places many of our family members at-risk affecting whether they seek and are able to receive health services, including HIV testing, treatment and other prevention services. Dr. Martin Luther King, Jr. eloquently stated, “Of all the forms of inequality, injustice in health care is the most shocking and inhumane.” As such, Black America, made up of family and community, has a responsibility to speak truth to power and fight the forces that contribute to Black people being disproportionately impacted by the HIV/AIDS epidemic. We all share in this opportunity to make a positive difference in the fight against the epidemic by being present in the health care decisions of our loved ones. We must build affirming and loving spaces where we all are able to thrive no matter our differences. As the African proverb states: “It takes a village to raise a child.”

At NBJC, we know it will take a village, including supportive Black families, to end the HIV/AIDS epidemic in the Black community.

Bruce Jenner Says Time He Won Olympics He Was "Scared To...

Here’s How To Drink Champagne Without Messing Up Your Lipstick