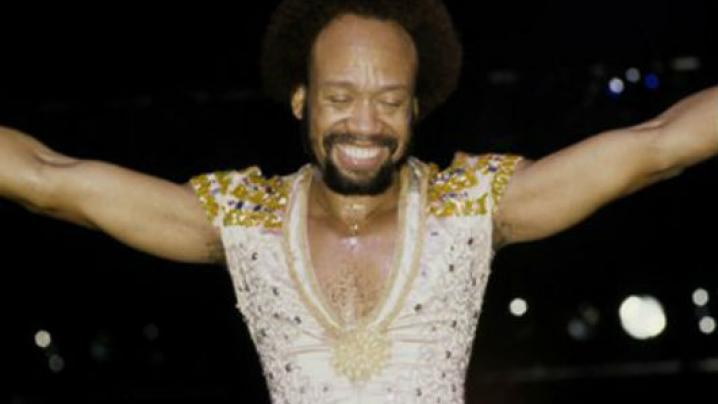 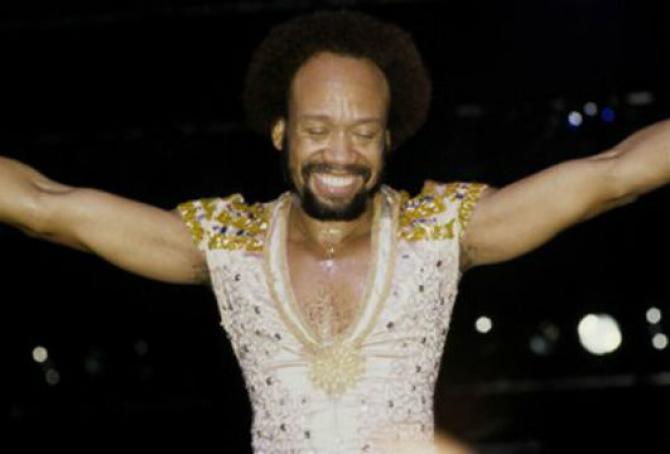 By now you’ve heard that musical impresario Maurice White, 74, has gone on to the great “Boogie Wonderland” in the sky. Damn, damn, damn—I’ll be breaking crystal punch bowls all week!

White was the iconic co-founder of Earth Wind & Fire, the premiere live funk band for, like, 89 summers. And if you’re over 30, he was the ’70s soul gawd who masterminded the beats playing in the background when your daddy successfully laid his mack down to obtain your mom’s digits—leading to your eventual conception. By my calculations, that makes him your play uncle!

I grew up with the type of parents who didn’t believe good music was made after the Carter administration. So even though I wasn’t alive at any point in the ’70s, EWF and Maurice White were musical fixtures in my early childhood. Parkinson’s disease largely diminished his stage presence in later years, but White was a bad momofoku in his prime. Here are five reasons why Maurice White stayed winnin’ for like two decades.

It says plainly in the Bible (check the index!) that an acceptable Afro shall be perfectly symmetrical, with equal proportions of sheen, billow and rotundancy. Enter Maurice White. It wasn’t that his ’fro lacked domage or appropriate billow. But his hairline was pushed way back. As a child, I was super confused about this. (Internal dialogue in 1984: “Why is that one guy so much older than the other guys? He looks young, but he’s got that George Jefferson hairline. I dunno, time for a glass of juice.”) As an adult, however, I figured out that this was just his hairline and you had to deal with it. And you know what, it totally worked for him! Like the banged Afro of the Ohio Players’ Sugarfoot, White’s throwback hairline Afro just came to suit him. Could you imagine him with anything else? White said f–k a Bigen and we loved him for it!

2. Did Tae Bo before it was the thing to do.

Don’t let all that mysticism and world-religion lyricism fool you: Maurice White could probably have put down the mic and kicked an errant ninja’s ass if needed. The bulky trend that would eventually bring us the likes of 50 Cent in the aughts wasn’t a thing in EWF’s heyday—men tended to be much more sticklike. And while White was certainly lithe, he was less like a stick and more like a panther. My man had quads and biceps on deck. Skinny-thick game, proper. You better look like a soul-sangin’ action figure!

3. Wore tight pants and defied you to challenge his masculinity.

There are few male musicians who can rock skintight pants with confidence, Prince being one of them. But before the Purple One, Maurice White was on stages with his thighs straight poppin’. Stage presence was EWF’s hallmark and White never disappointed—kickin’, runnin’, jumpin’, all while rockin’ pants so tight it looked like tailors had to sew them on. Yet he managed to ooze undeniably masculine sex appeal. On everything, I promise you, Maurice White was the original Mr. “Uh Oh Where Your Ho At?” If you think you’re lonely now, wait until you get your chick snatched by bruh in body-con pants.

Back before Cameo’s Larry Blackmon “aowwed” his way through the ’80s, Maurice White had “yow”—an incomprehensible, and yet totally appropriate, utterance of pure soul. Yow is the sound you make when your car passes inspection but you know it really shouldn’t have happened. Yow is what you say when it’s Friday and both your bosses don’t show up. And yow was the only sound that could effectively encompass the unadulterated funk that erupted (and still does) when “Let’s Groove” or “September” kicked up. Fun fact: White explained that he got that yow from a minister he used to hear as a child. And the church said amen!

Almost as signature as his tailored outfits were Maurice White’s moves—from his soul march across the stage (see “September”) to his one-armed samba shimmy (see every other performance), White’s moves were as much a part of the EWF experience as kick-ass horns and sequins. But without a doubt, every EWF performance reached its zenith when he tossed his head back and started hip-rockin’ with glee. In an era before male sex symbols were prohibited from dancing, White was hip-swinging for the gawds, the music coursing through his pelvis with an energy that was nothing short of contagious. You just have to love a man who’s confident enough in his masculinity to hip roll!

There was a point in my childhood when I was too young to know the name Earth Wind & Fire–but old enough to know that when I saw a particular face on an album cover or TV, I was about to hear something that would make me exceptionally happy. That face belonged to Maurice White, an icon of my childhood and a beloved musical hero who will be truly missed. R.I.P. Maurice White—we’ll keep our heads to the sky for you!

Dhiraj Naseen is a renowned ratchetologist and celebrated advocate of foolishment. An aspiring spinster, her hobbies include judging, not minding her business and yoga. Her spirit animal is an octopus, because she says so.