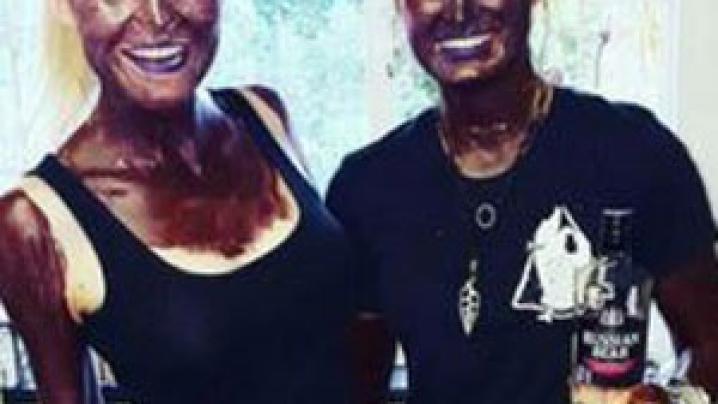 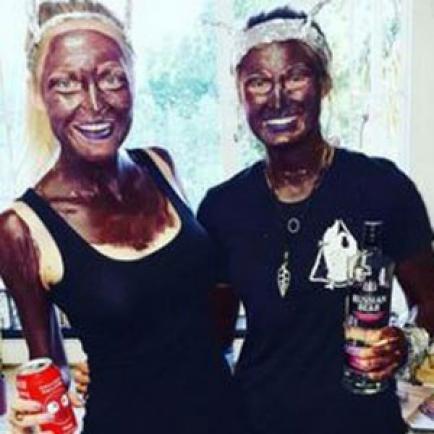 Two white South African University students were suspended, pending an investigation, after painting their faces in what has been deemed a racially offensive “blackface” incident, the Associated Press reports.

According to the report, however, one of the Stellenbosch University students insists that they were dressed as purple aliens for a galactic-themed party. As the wire notes, the incident comes at a time amid increased debate on social media about racism in South Africa.

University spokesman Martin Viljoen said Monday that the university is aware of “new evidence” about the alien costumes and is currently investigating. The day before, the university announced that it had promptly acted after the alleged “blackface” incident that occurred Friday and that workshops and other discussions were being held in university residences over the weekend “to create awareness and understanding.”

“Stellenbosch University condemns all forms of racism and discrimination and acknowledges the severe negative impact of the pain and trauma experienced by students, staff and members of the public,” the university said, according to the AP.

However, one of the students suspended in the incident, Poekie Briedenhann, has said that the entire incident was a misunderstanding and that it was dark purple paint and glitter from a “stellar space” party that “appeared as black.”

One photo that has circulated on social media shows two people in the dark face paint with what seem to be blue lips as well as what may have been antennae made out of aluminium foil.

“We are aware that our actions in the #blackfacing incident last night at the Heemstede stellar-space party where painting our bodies dark purple and cover[ed] with glitter appeared as black and thus as attempt to demean and exotify blackness,” Briedenhann said, according to News24. “We apologize for any offense occurred and take full responsibility for this.”

There has been some backlash from the other side, however, with supporters of students, such as the Stellenbosch University civic body Stellies Rage, blasting the university for calling the incident “blackface,” according to News24.

As the AP notes, this is not the first time that students at Stellenbosch have dealt with accusations of racism. In 2014, two students also came under scrutiny after painting their faces dark to portray tennis stars Venus and Serena Williams at a party.

Read more at the Associated Press and News24.

This Mashup Of ‘Hotline Bling’ Is Proof ‘Dominican Drake’ Is Real

The Voting Rights Act at 51

People Across The Country Share How MLK Has Inspired Them